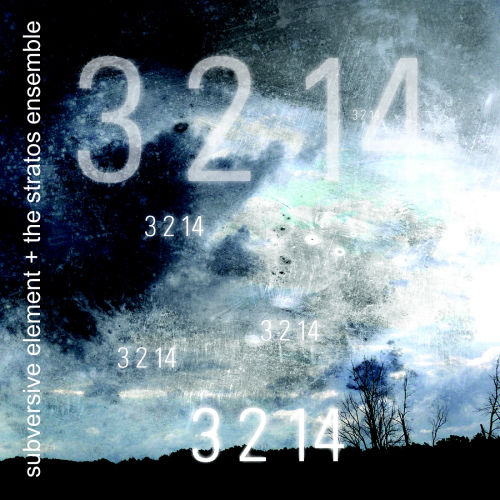 Ambient jazz + electronica in the mix

The Stratos Ensemble is the musical brainchild of keyboardist/composer Dean De Benedictis. In the 1990s, Dean made a respectable imprint on the electronic-music L.A. underground with his unique programming and synthesizer work as Surface 10. His DiN release In Vitro Tide, a cutting-edge electronica album, attracted particular attention from it's combining of fusion and progressive music with IDM and ambient styles. However, electronic music still presented a dynamic crossroads for Dean, who was previously a keyboard player fluent in jazz, fusion and progressive rock idioms, and who possessed skills in improvisation that allowed him to create music on the spot with a pre-composed sound. The solution to this crux would eventually be an electro-acoustic band called The Stratos Ensemble.

As Dean set about seeking this lineup of Stratos musicians, his first call went to multi-instrumentalist Jim Goetsch (AKA Subversive Element), whom Dean knew from the L.A. electronic music scene, and who had been a sax player long before his immersion in electronica. Next he summoned Brock Bowers, a progressive jazz and rock drummer from Texas with a unique flare for upbeat polyrhythms. The two remaining band members were found after many auditions: Daniel Coffeng, a guitarist with excellent jazz credentials, who has also developed his own creative approach to guitar synthesizer; Carl Royce, whose prodigious technique on acoustic bass and equally impressive mastery of electronic signal-processing make him a perfect fit for the ensemble. Having assembled the right union of acoustic/electronic players, Dean could now finally implement his long-time desire to merge his love of jazz and progressive rock improvisation with his love of electronic ambient music.

For The Stratos Ensemble, improvisation would be the exclusive tenet: each piece performed would be a spontaneous expression of that day's feeling, a creative process similar to Weather Report's, one of Dean's favorite groups, and artists on the ECM label, one of Dean's favorite record labels. To that end, Dean has developed his own creative strategies for leading his ensemble to an astonishing level of true spontaneous composition.

This album's title, 3 2 14, alludes to the fact that the recording (like all performances by The Stratos Ensemble) is intended to be a snapshot of a particular point in time-in this case, March 2, 2014, the afternoon on which the recording took place. With it's unique acoustic/electronic mix of total improvisation, The Stratos Ensemble stands in a category of its own. The final result of all this is an experience unlike anything else you have ever heard.