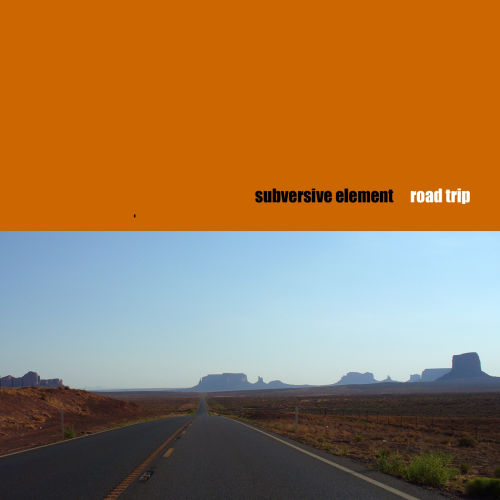 Subversive Element has been fascinated by electronic studio music since an early age when he heard the soundtrack created by Louis and Bebe Barron for the sci-fi classic “Forbidden Planet”. This fascination really took hold when he began to hear electronic compositions from the ‘60s, particularly those from Morton Subotnick and Tod Dockstader.

At the time this record was made, he was deep into experimental dub and was fascinated how it was like a New Orleans gumbo…. you could throw anything into the mix and it would work. Thus began an idea to mix electronic studio music with dub…

But placing ordinary loops below the electronic tracks would have been too conventional…. so he began writing loops of different lengths… a bass line of 5 bars….. a bass drum loop of 4 bars… a snare loop of 7 bars…. a hi hat loop of 6 bars….. So rather than the usual phrases of 4, 8, or 16 bars, there is long continuously evolving phrases without clear boundaries.

As the tracks for this record came together, he began to see that the record was acquiring a continuous narrative, as if on one of his many journeys through the American Southwest. So it became clear that the record should be titled “Road Trip”, with each track named as another day in the journey.

Notable performances of work from this record include a solo performance of the entire record at the Sacred Machine Gallery in Tucson. Also notable was a performance at the Goethe-Institut in Los Angeles with John Von Seggern on bass, well known for his work with Jon Hassell, and Steve Tavaglione on EWI, whose jazz, pop and studio credits are literally too numerous to name.

Subversive Element is an electronic soundscape project that brings together all the elements of Jim Goetsch's very broad musical background.

While he has been performing and recording electronic music in the Los Angeles area since the '90s, he also has a long history as a saxophone player performing in avant garde jazz and classcial settings. This project allows him to bring all this experience together in one spot in his releases "Night Music" and "Road Trip".

Notable past projects includes Demolition Squad, in which Jim contributed massive beats, bass and electronic sound layers that were overlapped by avant garde orchestral parts written by virtual orchestra master Kim Koschka along with samples and scratching by DJ Luke Collins. Their record "Hit It" received a 9 out of 10 rating from Alternative Press.

Recent projects have included a total improv release entitled " 3 2 14" that was a joint effort with The Stratos Ensemble, led by Dean DeBenedicits. This recording is a true spontaneous composition that was created with virtually no discussion or pre-planning.

Jim is currently working on another spontaneous composition project, Baker's Brew, which is led by veteran drummer Maury Baker.